How Grandparents can help

How Grandparents can help

Taking care of yourself

Mood and anxiety problems often run in families so it would not be surprising if you too struggled with some of these issues as well.

Jane, a grandmother, tells her story of supporting her child with Postnatal Depression

“My daughter rang me with a plea to come up (we live in different cities) or, she said, “something awful might happen”. When I arrived the next day I found a very sick daughter who wasn’t able to cope with the day-to-day duties. I found the next 12 weeks very stressful trying to fit in with an active family with lots of work to do. I took over the duties each day but there were many times when I was questioned about what I was doing. I was just trying to keep the family together. My daughter didn’t talk to me much and she also got cross because she didn’t like the way I did things.

My daughter realised she needed me but she wanted me to be invisible. She didn’t want me around except to cook meals and look after Holly. I spent most evenings in my bedroom after I had put Holly to bed. I would not wish this illness on anyone. I didn’t know how to look after someone with a mental illness but I had to. We all wanted my son-in-law to be able to keep going to work. Even though it was hard at the time I am now thankful I did go and help. My daughter is now grateful for what I did.”

This is just one story from many Grandparents in Aotearoa New Zealand. Do you have a story to share? Drop us an email at [email protected]

GRG is a registered national charity providing specialised services, advocacy and caregiver education programs to over 5,800 full-time grandparent and whanau care families, empowering them to raise resilient and healthy children and young people who are unable to be cared for by their parents.

GRG’s specialised services are focused on promoting the wellbeing of children, strengthening their whanau and their caregivers. 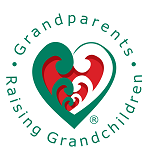